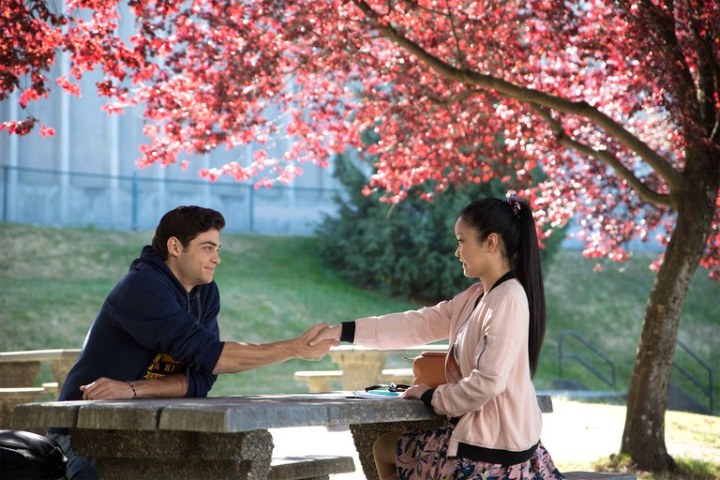 I’ve completely fallen in love with this movie and you will too.

I said I wanted to start toying with the idea of talking more about love and relationships on my blog and never really knew where I wanted to start but on Sunday 19th August 2018 at 11.30pm, me and my sister hesitantly put on the newly released Netflix film called “To All the Boys I’ve Loved Before” thinking it would be your classic cringe chick flick but we were so wrong.

TATB (To All The Boys) is based on best selling novel by Jenny Han and directed by Susan Johnson for Netflix Film. I must admit I hadn’t read the books but I definitely will be now. The first thing you need to know about me is that I love love and this film is so relatable and fully speaks to my need to be living in a rom-com. I thought it was predictable but I really didn’t manage to guess much of it correctly, apart from the ending, but even then sometimes I was doubting myself.

There’s no way you won’t fall in love with Lana Condor in this film (you better believe I have followed everyone on instagram already), her as Lara Jean is so innocent and she got my heart cringing, crying, breaking and jumping throughout the whole film. The fact that she is played by an Asian-American has been highlighted in a lot of articles I’ve read and I also agree that it’s so great to have an asian female lead in an American love story, not that race should matter at all but hey, that’s the world we live in eh?

I loved this film so much I’ve just put it on again whilst I write this blog post. I think the way this movie highlights relationships both with LJ & love and LJ & her family is so pure and to be honest we could all do with a bit of hope in love couldn’t we? Plus, I did make a few notes on how to handle anyone leaking a fake sex tape on instagram of me – thanks ladies!

Relationships can be scary which was why maybe sometimes people would find it easier to live in their imagination and have all the drama go on in their head like Lara Jean in this film. I’ve had moments where I fully get into my head and talk myself out of relationships or into arguments, or plant seeds of doubt in my head when nothing really has happened and I’m sure you all have to. We all deserve to be happy and how can we do that if we don’t express how we feel in the moment, we shouldn’t have to rely on circumstances forcing us to handle these situations (I can’t imagine our lives would be quite as fun as LJ’s) because what’s the point in thinking what could have been instead of knowing what would be?

So what about you? Who would your letters be addressed to and what are you waiting for?

PS. The ending to this movie is everything and so much more.

Watch it now on Netflix

One thought on “To All the Boys I’ve Loved Before”